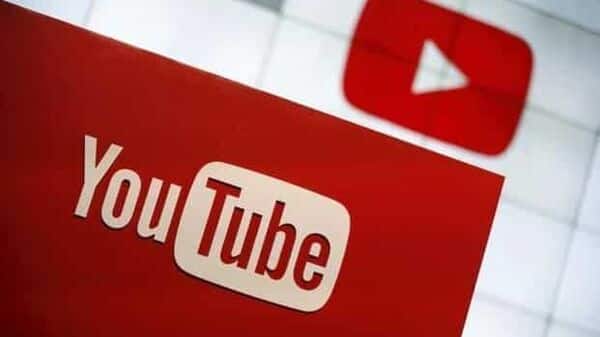 The pandemic made Google’s video megasite an educational mainstay, and now students are distracted, parents are angry and teachers are caught in the middle

There’s YouTube, the lifesaver for teachers during the pandemic that continues to provide useful videos for students. Then there’s YouTube, the endless distraction that followed kids back into the classroom. Together, they’re causing tension between parents and educators over the role technology should play in school.

As schools shut down due to Covid-19, districts across the country scrambled to get laptops and tablets to students. According to survey data from the Consortium for School Network, 86% of U.S. middle schools gave every student a device.

The devices and online services made remote school possible, though many students started goofing off and watching YouTube when they were supposed to be paying attention. Parents expected that when their kids returned to the classroom, YouTube wouldn’t be necessary anymore.

“I was a huge advocate of keeping learning going during Covid by having Chromebooks for kids. It was a Band-Aid when schools were closed,” said Karen Swindells, a mother of two in Chesterfield, Mo. “Two years later my kids are back in person 100%, so why are we still relying heavily on online resources to teach?”

Administrators say gadgets have become part of the daily curriculum for many middle- and high-school students. And YouTube is the third-most popular online resource used by teachers in U.S. K-12 schools (behind Google Drive and Google Forms), according to student data-analytics firm Schoolytics. Teachers don’t want to block it fully.

Some schools are fighting tech with tech, installing monitoring software such as LanSchool and GoGuardian so teachers can turn off YouTube when it’s not assigned. Others are restricting the YouTube channels students can watch. (YouTube-parent Google has instructions on how school IT staff can do that). Some teachers restrict YouTube viewing to just their own computers. The solutions typically create more work for teachers.

“You could cut off YouTube, but this is the world these kids live in and they need to learn how to be good digital citizens,” said Gina McNair, an eighth-grade English teacher in rural Georgia. “When I get out pencil and paper, they’re like, ‘Oh, my God, you actually want us to write?’ “

That isn’t to say Ms. McNair is happy about this. YouTube-watching in class has become such a problem that her district recently installed software so teachers can monitor students’ computers remotely, and close websites they don’t want them to use. “You’re torn between working with kids individually or in small groups while also keeping an eye on 20 screens,” she said.

Patrolling the class on foot isn’t a good option, she said, because kids are quick to hide their browsers when they see a teacher approaching.

Some districts haven’t yet settled on a plan for handling the YouTube conundrum. Brooke Shannon, a parent of three students in the Eanes Independent School District in Austin, Texas, has been pleading with the district to do more to restrict YouTube on school-issued iPads for nearly four years. She said she became more concerned last fall when she began substitute teaching in the district and witnessed the issue firsthand.

“I feel YouTube has become a crutch for teachers, an easy go-to,” she said.

Kristy Sailors, chief technology officer for theEanes school district, said teachers can block and shut down websites and apps students are using through Apple’s Classroom app. She said a tech advisory committee made up of high-school students, K-12 teachers, administrators and parents is helping the district develop a long-range tech plan. As part of that, she said, the committee will investigate alternatives to YouTube, such as other video-hosting services.

Lori Anderson, a middle-school science teacher near Raleigh, N.C., said YouTube can be a blessing, and short video clips bring her lectures to life. During a recent unit on earth science, she showed the class a five-minute video about erosion. During a lesson on pollution, she played videos of ocean cleanups.

But she wishes her school had monitoring software.

“When I’m walking around looking at everyone’s screen,” she said, “I’m not helping someone else who has a question about the assignment.” She estimates that she busts six or seven kids each day for watching YouTube or playing games—a third of her class.

She and her fellow teachers agreed to reduce students’ use of computers in class, not only to curb the YouTube binge, but also to clamp down on cheating. The sixth-graders now use their Chromebooks for in-class assignments about half the time, down from full time last year. She said the goal is to use Chromebooks only 10% of the time.

“students are complaining but they’re also getting better grades now,” she said.

Still, she doesn’t support a ban.

“Kids have a short attention span, and sometimes we have to jump up and down and do cartwheels to get them excited and interested,” Ms. Anderson said. “Sometimes, we can find a YouTube video that can do those cartwheels for us.”