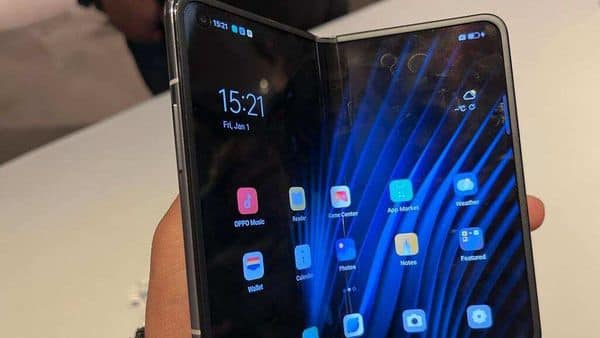 The year 2021 went down well for the smartphone business despite the fact that world is still battling with post covid-19 economic slowdown. The emergence of another strain, Omicron, did not do enough damage to it as the smartphone makers already had enough inventories to manage the phase. Throughout the year, smartphone makers such as Apple, Google, OnePlus, Oppo, etc, launched their best products to attract the buyers. Other smartphone players like Xiaomi, Vivo, Realme experimented with their phones to offer a sense of differentiation.

In 2021 we did see iPhone 13 series, Google Pixel 6 and OnePlus 9 series launching and expect that the New Year 2022 will continue to push the innovations in smartphone industry to next level.

We expect some of the cherished smartphone launches coming our way in the New Year 2022:

The Cupertino-based iPhone maker is likely to launch the third generation of iPhone SE 3 next year. The Apple iPhone SE 3 targets aspirational markets like India and shifting Android user base to iOS. iPhone SE 3 is likely to feature the same 4.7 inch Retina display coupled with 3GB RAM and 64GB internal storage. The SE 3 will run on A15 Bionic chipset which is being currently used in iPhone series 13. In cameras, the iPhone SE 3 might see 12MP rear lens and a 7MP front camera for selfies.

Pixel is another eagerly awaited smartphone which is likely to come in a Lite format to India. Google has been skipping the country due to poor sales but it’s expected that it will launch the Pixel 6a later in 2022. Being a camera-driven smartphone, the Pixel 6a is rumoured to feature the 11MP lens and an 8MP selfie lens. Google Pixel 6a might see a 6GB RAM version riding on pure stock Android 12 experience. There is a possibility that Google will change the design element of Pixel 6a with more premium finish rather than the plastic material used in the previous generation smartphones.

The foldable smartphone category seems to improvise in the New Year 2022. With Samsung being the lone player commercially, the Chinese major, Oppo, is likely to challenge it with its first foldable smartphone; Find N. Oppo Find N ideally has three displays, one on the outset, two inside panels that merge with a hinge and gives you feeling of expandable and huge display. Oppo Find N ships with Snapdragon 888 along with 6GB RAM. The foldable smartphone features five cameras overall, three on the rear panel and two for the selfies. One selfie lens works while its folded and the second appears as you open it.

The yearly launch event that keeps the entire tech world on its feet. As Apple launched series 13 iPhones, tech world started speculating about iPhone 14 which will come to us in the later part of 2022 and continue to do so till Apple launches them actually. Apple iPhone 14 will bring to us the iOS 16 and A16 Bionic chip. The Apple is likely to play with the display of iPhone- 14 by adding 120Hz refresh rate and ditching the notch display. iPhone 14 could see punch hole display making its way to Apple phones. The cameras will be quite similar to the existing models. There are possibilities that the US-based trillion dollar company might stop the iPhone mini version in 2022.