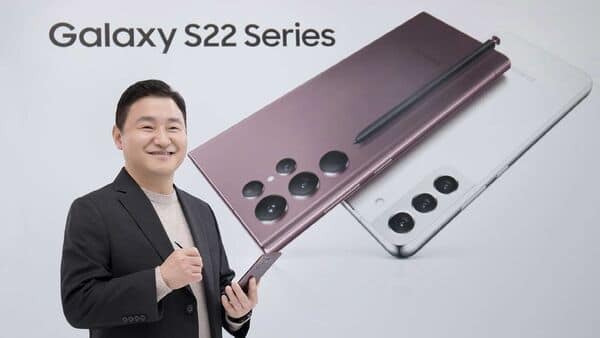 The Galaxy S22 features a 6.1 inch display while the S22 Plus gets a 6.6 inch AMOLED dot display. Both these phones uses the 120Hz refresh rate.

Samsung Galaxy S22 Plus and S22 have a 50MP wide lens, 12MP ultra-wide lens and a 10MP telephoto lens. They come with the undisclosed 4nm chipset, most likely from Samsung itself. Both the phones have a 10MP front camera.

Samsung also launched the Galaxy S22 Ultra with built-in S-Pen, available in four colours. It is protected by the Corning Gorilla Glass Victus. It gets a 6.8 inch QHD dot-display, AMOLED display and 120Hz refresh rate. It also uses a 4nm chipset.

It comes in four RAM/ROM sizes, starting with 8GB+128GB and going up to 12GB and 1TB internal storage. The smartphone has a 5,000mAh battery along with 45W charger. The Galaxy S22 Ultra runs on One UI 4.0 based on Android 12.