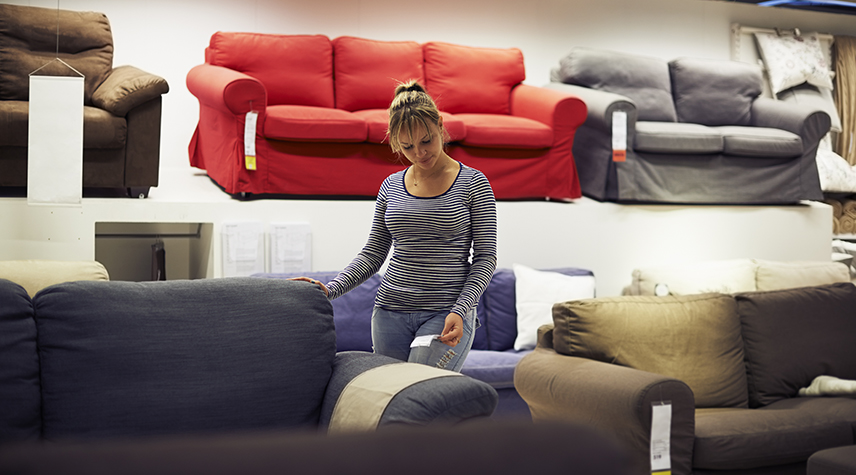 HIGH POINT — The last 20 or so months have been unprecedented in the home furnishings industry.

Consumers, working and schooling from home, have made myriad investments in their surroundings, buying furniture and décor in record numbers, which has produced back-to-back banner years in retail. However, headwinds such as supply chain difficulties and labor concerns have pushed back against those gains, creating price pressures and longer than normal waits.

As we look toward 2022, retailers believe that good times still lie ahead. They expect sales figures to remain high for a while, but eventually things should level back off to something closer to pre-2020 levels, particularly as COVID-19 concerns ease off and consumers begin spending more discretionary dollars on vacations and experiences.

Conversely, the supply chain should begin unkinking at some point this year, easing some of the pressures retailers are facing.

Industry analyst Jerry Epperson says while nothing compares to the recent run of hot times in the industry, there are some nearly 50-year-old echoes that can serve as a roadmap of sorts for what might lie ahead.

“It’s all fascinating to me. I’ve been in the business for 50 years, and there’s only been one period when we had more business than we could satisfy,” Epperson said. “That was 1973-1975. We called it a seller’s market because the sellers were in control.

“It was all domestic goods, and we had well over 2 million housing starts in those years. There were so many Baby Boomers coming along, and we had a lot more stores opening. There was more demand than supply.”

He added, “Ever since then, we’ve had more supply than we’ve had demand, and that’s one reason why our pricing has been so bad. As long as there were more people shipping than selling, we continued to get more and more price competition. That’s why our prices haven’t gone up as much as other consumer products for four straight decades. We ought to be raising prices and getting price relief and margin relief, but we’re not because our costs are going up faster than we can raise prices, and we can’t get the stuff we promise a consumer.

“The consumer is very liquid right now thanks to what the government has given them, a strong stock market and good housing prices. We’ve got a consumer with all the capabilities for buying,” Epperson continued. “They’ve got a larger savings rate than they’ve had in years. It’s all these things that are looking so good, but we’re in a period of hyper-inflation. It’s out of control.”

But for the immediate future, retailers say they’re happy to ride the wave for as long as it lasts.

“One of the hardest things to do in any category is generate demand. Demand has been generated for us,” said Mark Mueller, owner of Belleville, Ill.-based Mueller Furniture. “The furniture business was clipping along pretty good in 2019 and early 2020. There was momentum going before the pandemic. Once the shutdowns lifted, it had been a run like no one in the industry has ever seen because demand was created for our sector.”

Added Manny Sciberras, CEO of Top 100 retailer Morris Furniture, “COVID-19 has not only brought some of the worst of times but some of the best of times. Customers are spending more time on their homes whether it’s the home office or refreshing.”

Andrew Koenig, CEO of Top 100 retailer City Furniture, agreed that consumers doing more at and around home has continued to be the most significant thing to happen to furniture retail.

“business has been really good this year. Predominantly, the movement to stay at home has been steadfast, and people are staying at home. It’s been huge business for us since January,” Koenig said. “It’s been great, but it’s been exhausting. Last year was tough with the pandemic and the fear; we’ve had parts of that still, but it’s been great for top-line sales.”

John Schultz, co-CEO of Top 100 retailer Levin Furniture, said traffic remains strong, and orders are still being written in significant numbers, but there are signs that business might be peaking.

“It’s been extremely strong. I’d say since Labor Day, things have softened or normalized. The traffic and the huge increases have started normalizing. (It’s still) decent gains, year-over-year,” Schultz said. “The gains are decent vs. the 2020 numbers. They’re obviously good vs. the 2019 numbers. 2020 after we reopened from May on was extremely strong. We’re happy to have any kind of increases vs. the second half of 2020.”

So while there might be some softening of the market, it will be gradual. Even if it eases somewhat, many retailers believe that there’s still plenty of business to be had.

“We’re bullish on 2022. We still see double-digit growth in our future. I can’t say if demand will continue, but our key KPIs should be, based on our controllables,” Sciberras said. “I don’t know if traffic will match what we’ve seen, but we’re banking on that and budgeting for 10% growth on both sides. That’s incremental, not counting adding locations.”

Geography plays a role in how much a retailer can grow in any given year, and with that in mind, Koenig believes City Furniture is still on an upward trajectory because Florida remains a population hotspot.

“Florida is growing. We think that growth will be modest next year. I think the GDP forecast for Florida is for 4% to 6% growth,” he said. “We’re confident City Furniture is in a great position. We have great product and inventory to satisfy consumer demand.”

Mueller said while consumers are still buying, they might not be buying with the same frenzy they did a year ago. Still, he doesn’t think the party will end anytime soon.

“I think the height of the irrational exuberance of furniture buying ended somewhere at the end of April, and after April, we transitioned into a period of exuberance. There’s still a ton of demand out there,” Mueller said. “I think the long-term outlook is very, very good. Oftentimes, one home project leads to the next, and I think we’re still in the midst of a multi-year boom. I expect demand to still be strong in 2022.”

Schultz said Levin is hopeful that business will remain strong in 2022, but officials don’t know how sustainable the gains made in 2020 and 2021 are, so officials are using the last pre-COVID year as a guide.

“We’re looking at our 2019 numbers and then benchmarking increases off that. Especially with what we’re seeing in the economy, we’re going to be conservative,” he said. “We’re going to be stocking more. We’ll still be a lot higher on a stocking model than 2019. We’ll carry more because of potential supply issues. That’s an increase on our cost by carrying more inventory, but it’s important that we do that.”

The supply chain crisis is something that’s going to continue to impact the industry for some time. However, many believe there are signs of it opening back up a bit, and they’re optimistic that there are better days in the not-too-distant future.

“If we’re talking domestic upholstery or custom order upholstery, I think custom orders sold for this summer’s Fourth of July sale will be faster than where we’re currently at,” Mueller said. “What’s happening is a lot of dealers are increasing the number of their stock orders to stock more goods. The manufacturers are still having to produce tons of furniture. Maybe their special orders are going down, but stock orders have to be going up. It’s going to be a problem.”

Epperson noted that some of the most recent choke points were caused by an increase in goods for the holiday season. Now that that’s behind, he believes the overall product flow will be better, and it should be much better by 2022’s holiday crunch at the ports.

“If we’re talking about the port situation, August through October are the big months for receiving holiday products, not just our stuff but toys and apparel. We’re in competition for that,” Epperson said. “The next big thing is Chinese New Year. Some people say it’s going to be 2023 before it’s behind us. I think we’ll have a lot of it behind us by the beginning of the holiday port season next year.”

Sciberras said while supply chain is a concern, he’s more troubled by the nation’s staffing issues, which continue to impact the industry.

“I’m more optimistic on the supply chain than I am on staffing. We have some vendors who are back on pre-COVID shipping times. We’re seeing improvements across the board from our vendors. That’s opening up and shipments are coming in,” Sciberras said. “Staffing-wise, whether it’s Wendy’s, the local hospital or whatever, there’s hiring signs. It’s something that’s impacting every business across America, and that’s no different than Ohio.”

But the ports and the job market aren’t the only places retailers should be watching. Schultz is hopeful that the aggressive levels of inflation seen in recent months begin tapering off.

“Hopefully, inflation settles down, and we’ll have some stabilization on our costs. That could be a big worry of ours. I’ve been at it since the late ’80s/early ’90s, and I’ve never seen it so fast as far as inflation goes,” he said.

Koenig said any time is a good time to make a better business for one’s customers, and while there are concerns and pitfalls to watch, the retailers with an eye toward improvement are the ones who stand to gain the most whether times are good or bad.

“I would hope everybody in the industry would be mindful of investing for the future in the right areas. Let’s not get complacent,” he said. “What can we do to improve?”