Netflix‘s stock has now given up all its pandemic gains.

The last time shares sold for around $332 a pop was March 20, 2020, just as pandemic lockdowns were being put in place.

Netflix saw significant gains during in 2020 and 2021 as consumers were stuck at home under various restrictions. However, as the mandates dissipate, consumers are gravitating toward out-of-home entertainment like movie theaters, restaurants and theme parks. In its most recent earnings report, Netflix reported underwhelming subscriber numbers.

The return of the box office, led by “Spider-Man: No Way Home” and “The Batman,” demonstrates that consumers are no longer staying on their couches to watch movies.

Last year, a report from JPMorgan out of CinemaCon said Netflix was eyeing a more traditional theatrical release for some of its future films.

Netflix has long been less interested in making money at the box office and more interested in providing content to its subscribers as soon as possible. The streaming service has rebuffed the traditional Hollywood release window, in which a film runs in theaters for about three months before being available in video-on-demand or on a streaming service’s site or app.

Exceptions were made in the past so that Netflix movies could be eligible for Academy Award contention. Netflix’s “The Power of the Dog” is nominated for a field-leading 12 Oscars and is considered a strong contender for several major awards at the March 27 ceremony.

However, as the pandemic led studios to shrink the release window from 90 to around 45 days, it seems Netflix is rethinking its strategy.

The company is also facing increased competition from other streaming platforms from companies like Apple and Disney, which are pulling viewers away from Netflix content.

“There is nothing specific today, but the market appears to ‘blame’ Netflix’s slowing growth on competition,” said Michael Pachter, analyst at Wedbush. “That makes sense, since we have a choice of conventional broadcast via cable or satellite, plus Hulu, Paramount+, Disney+, HBO Max, Amazon Prime, Peacock and Netflix among the premium services, plus a plethora of smaller choices like Discovery, AMC+, Shudder and many others.”

“I think wallet share makes it harder to retain customers, content dumps (all episodes at once) makes it easier for customers to churn, and competition to create content keeps the cost of new content going up,” he added.

Pachter also noted that Netflix’s competition is now less likely to license to the streaming service because they have their own platforms to pad with content.

Netflix has released some big titles such as “The Witcher,” “Ozark,” “Bridgerton” and “Stranger Things,” but it’s had a harder time establishing massive franchises in the same was as Disney or Warner Bros., who have Star Wars, Marvel, DC, and Harry Potter.

Much of the recent slide in stock price seems to be pegged to Netflix’s lackluster subscriber growth. Shares plummeted in January after the company forecasted just 2.5 million new net subscribers for next quarter. Its 8.3 million adds in the fourth quarter were slightly under its own forecast of 8.5 million.

Pressure from competition and less robust subscriber growth coupled with growing production costs led Netflix to raise prices in North America earlier this year. The monthly cost for its basic plan rose $1 to $9.99, the standard plan jumped from $13.99 to $15.49 and the premium plan rose from $17.99 to $19.99. 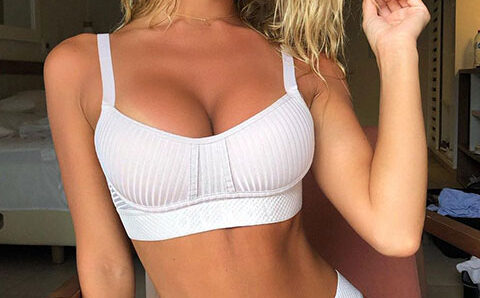