A judge granted the Federal Trade Commission a second chance to pursue its charges of illegal monopolization against Facebook, rejecting the company’s motion to dismiss the lawsuit in a new filing on Tuesday.

U.S. District Judge James Boasberg granted Facebook’s earlier motion to dismiss over the summer, but allowed the FTC a chance to amend its complaint and try again. He also dismissed a similar lawsuit from a coalition of state attorneys general without granting a chance for reconsideration, though the states have indicated they intend to appeal that ruling.

“The Federal Trade Commission’s first antitrust suit against Facebook, Inc. stumbled out of the starting blocks, as this Court dismissed the Complaint last June,” Boasberg wrote in Tuesday’s filing. He said while the Commission’s core theory remains the same in its updated complaint, “The facts alleged this time around to fortify those theories, however, are far more robust and detailed than before, particularly in regard to the contours of Defendant’s alleged monopoly.”

Shares of Facebook owner Meta barely moved on the news and were still positive for the day as of Tuesday afternoon.

Boasberg initially dismissed the FTC’s complaint because he said it failed to plausibly allege Facebook’s monopoly power in what it defined as the personal social networking services market. That market definition sought to exclude other social media platforms like YouTube, used primarily to watch videos, or LinkedIn, used for professional networking.

While Boasberg maintained the FTC could still face challenges in proving its allegations, he wrote Tuesday that “it has now cleared the pleading bar and may proceed to discovery.”

Boasberg said the FTC achieved this by providing enough alleged facts to plausibly establish Facebook’s monopoly power in the market, claim its market share is protected by barriers to entry and allege it’s “willfully maintained” dominance through anticompetitive behavior, particularly through its acquisitions of Instagram and WhatsApp.

The judge also discarded Facebook’s contention that the FTC’s vote to file the amended complaint should be considered invalid because the company believed FTC Chair Lina Khan should have recused herself. Facebook argued Khan’s past writings and work had shown she had prejudged its liability, which should be grounds for recusal, but Khan participated in the vote anyway.

“The Court believes that such contention misses its target, as Khan was acting in a prosecutorial capacity, as opposed to in a judicial role, in connection with the vote,” Boasberg wrote.

Still, Boasberg delivered a small blow to the FTC, saying it could not proceed with its claims that Facebook’s interoperability policies for developers on its platform helped it maintain its dominance. He said that’s because Facebook abandoned the policies in 2018 and allegedly stopped enforcing them even earlier than that.

“Ultimately, whether the FTC will be able to prove its case and prevail at summary judgment and trial is anyone’s guess,” the judge wrote. “The Court declines to engage in such speculation and simply concludes that at this motion-to-dismiss stage, where the FTC’s allegations are treated as true, the agency has stated a plausible claim for relief under Section 2 of the Sherman Act.”

WATCH: How US antitrust law works, and what it means for Big Tech 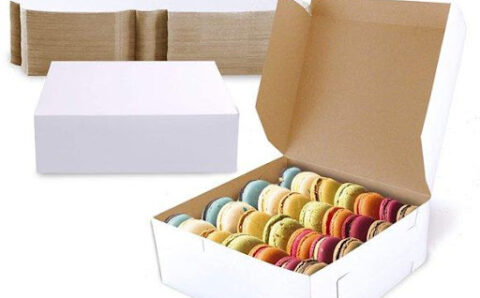