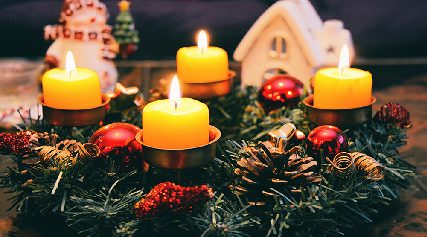 Online wholesale marketplace Faire has created a look book of what it considers the biggest trends worldwide in 2021, and in doing so noted a bit of a candle craze this year.

Favorite candle scents differed around the world. In the U.S. and Canada, it was Teakwood & Tobacco, while the U.K. preferred Coconut, France opted for Cinnamon, Clove, & Apple and Germany chose Arctic Sea (Arctic willow & sea spray).

Outside the home category, the U.S. got ready to re-enter the world with “shirts & blouses” ranking first for most popular category and “dangle and hoop earrings” coming in fifth.

In 2021, consumers finally started dusting off their attire to go back out into the world. Jean sales increased by 50% globally between 2020 and 2021. Bike shorts made a comeback with over 87 million views for the hashtag on TikTok. On Faire, bike shorts were searched for almost 14,000 times.

Apparel and accessories adorned with smiley faces was another trend that exploded thanks to circulation on Instagram and TikTok, according to Faire. As a result, the term “smiley face” was searched over 37,000 times on its site in 2021.

And immediately following Britney Spears’ July 2021 conservatorship hearing that offered new insight into her long-discussed situation, retailers began searching for merchandise to mark the “Free Britney” movement, Faire noted. In July alone, searches for “Free Britney” products increased by almost 1,500, up 105% from the June and 744% from May.