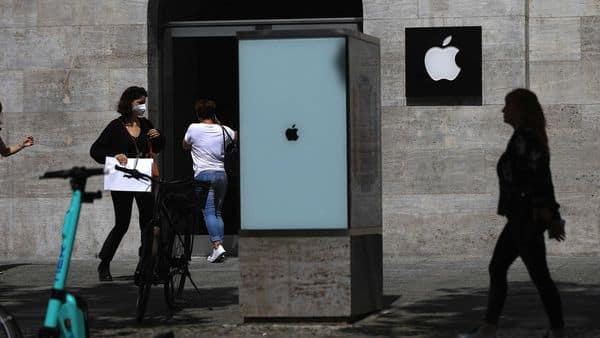 Apple Inc. shares closed at a record high on Monday, with the iPhone maker bucking broad-based weakness in the tech sector to rise for a seventh straight session.

The stock rose as much as 3.2% but pared much of that advance in afternoon trading, ending with a gain of 0.3%. The company’s seven-day rally represents its longest streak of positive sessions since July.

The company was an outlier among tech stocks, which opened broadly higher but subsequently turned negative, amid a widespread rotation out of high-valuation growth names. Microsoft Corp. hit an intraday record in early trading but closed down 1%. Nvidia Corp. also opened in solidly positive territory but ended down 3.1%.

The S&P 500 Information Technology Sector index fell 1.1% on Monday, but remains up about 14% off a low hit in early October. That move reflects investors rotating into sector, according to JC O’Hara, chief market technician at MKM Partners.

“If managers are attempting to chase the market into year-end, they are doing it through technology stocks,” O’Hara wrote in a note dated Nov. 21. Looking at Apple, he wrote that “while the relative line is still sideways, we believe there is potential for this chart to continue to make new highs in the weeks ahead.”

Outside of Apple, technology stocks with more of a value-based orientation saw gains on Monday. Hewlett Packard Enterprise rose 2.6% while Cisco Systems closed up 2.5% and HP Inc. gained 1.5%.

This story has been published from a wire agency feed without modifications to the text. Only the headline has been changed.