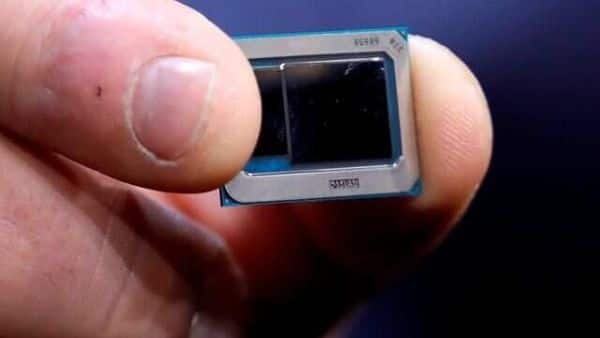 Governments are making multibillion-dollar announcements to deal with the global chip shortage. That’s unlikely to help at this point and only risks muddying priorities for the future.

Following the U.S. and the European Union, Japan has announced large capital investments in the semiconductor industry as part of a bigger 55.7 trillion yen ($488 billion) economic relief package. All told, over this year and the next, outlays could total close to $200 billion, according to Jefferies analysts. So far, allocation of the funds remains quite vague but much of it is being directed toward future technology, with the goal to fund the build-out of vast parts of the semiconductor supply chain.

While that’s commendable, it doesn’t address the current problem — and never will. Such big, unfocused public allocations tend to get spread all over the place, ultimately impeding actual technological headway. In addition, the shortages we’ve been hearing about are mostly for older chip technology, which has been well-documented.

In Japan’s case, a big part of the $6.8 billion earmarked for the chipmaking industry will be distributed under a freshly established New Energy and Industrial Technology Developmental Organization. In its strategy document for the industry, the government notes that it’s striving to boost cutting-edge logic semiconductors used in various electronic systems, introduce domestic manufacturing “with next-generation” technology, and strengthen “choke points technologies of equipment and materials” that will support the global semiconductor supply chain.

Here’s the thing: These aren’t the sectors that need the help. Consider semiconductor production equipment, or SPE, the machines used to make the chips. Funding this sector at this point in the cycle doesn’t make sense. Chips take as long as three months to make, while these machines take far longer. Meanwhile, the industry is extremely cyclical, has always run a structural shortage and 80% of it is concentrated with just a handful of players. That means by the time they’re all in sync, we’ll either end up with overcapacity or not the right kind of machines for the chips we need.

Since the shortage took hold, demand for SPE machines has been up sharply. North American billings, a proxy for demand, rose 36% in October from a year earlier, and were up 38% in the prior month, according to Nomura. The analysts, in fact, raised their growth projections to 39.5% from 35.4%, with total equipment sales to be close to $100 billion this year.

Japan is home to a few of the global leaders, including Tokyo Electron Ltd and SCREEN Holdings Co. Their earnings have continued to rise along with orders. That’s because early on, when obvious signs of shortages appeared, chipmakers started ordering more of the machinery that always runs on a carefully calibrated balance. The SPE makers have increased production capacity and some have noted they aren’t running up against issues that would hold back their shipments. Their exports have continued to rise, too. Subsidies to these makers, at this point, wouldn’t add much value. In fact, chip-related companies in Asia are now striking an optimistic tone, with Micron Technology Inc. Chief Executive Officer Sanjay Mehrotra recently saying that the global semiconductor crunch is easing.

It’s worth investing for the future, no doubt. However, if governments don’t target the areas that are truly sources of bottlenecks, or those that lag behind technologically, then it ends up being misspent. In fact, at the rate industrial technology is evolving, fresh financing should increasingly be targeted toward sectors that are beyond the leading edge, closer to the bleeding edge.

As policy makers react to the almost one-year-old shortage, a reassessment for the future needs to happen now. Without that, it won’t be surprising to see shortages and crunches of vital industrial parts in the future.